The Umidigi F1 Play is a great device – a real bargain when you consider the amazing featureset. Its closest competitor is the Xiaomi Redmi Note 7 — but the F1 boasts a bigger battery, NFC, worldwide 4G bands, a lighter/faster skin, and supposedly “stock” Android 9 Pie.

Debunking the obvious. It isn’t really stock Android; the camera app is custom, the ‘face unlock’ uses a third party app, the buttons and gestures are third party, and even settings isn’t stock. BUT, it’s a pretty darn close effort and overall no complaints.

Now that Duraspeed is off, you’re ready to start the rocky adventure of debloating! You’ll need to download and install ADB and Fastboot onto your computer if you haven’t already, and also enable USB Debugging from the Developer Options menu. Finally, read and familiarize yourself with this article which teaches you exactly how to remove the apps from your phone.

It goes without saying that I’m not responsible for any bricked or broken devices. Back up all your data just in case something goes wrong – and remember, you can always restore to factory defaults by turning off the phone, then holding power + volume down to get to recovery.

I recently (Feb 2020) went on an extreme debloat hunt with the F1, F2 and Power 3. Getting rid of all of these apps on the F1 actually made it the fastest phone I’ve ever used — beating flagships. Use this list in addition to the original list below.

com.google.android.googlequicksearchbox
This is the Google app, which also incorporates “OK Google” assistant. It uses a massive 500MB+ RAM.

com.mediatek.duraspeed
Duraspeed kills off apps and background services after you’ve minimised them, or locked your phone. It can stop notifications from coming through, break videos on Instagram and Facebook, and kill off the fingerprint read app. Get rid of this!

com.google.android.marvin.talkback
Android Accessibility Suite aka Google TalkBack. Useful if you are hard of sight/hearing, but otherwise no go.

com.mediatek.emcamera
Don’t be fooled by the name. This is Mediatek’s default camera app but isn’t used.

com.agoldcomm.app.apninfocollector
com.android.carrierconfig
Supposed to receive default APN settings from carrier networks — but no carriers have “A-Gold F1” in their libraries, so it’s pointless to have these two apps running.

com.mediatek.omacp
com.mediatek.simprocessor
These control and import contacts saved on a SIM card. Not needed if you sync contacts with Google.

com.android.egg
The app that launches when you hit the Android version a few times in settings. Pointless!

com.mediatek.mdmlsample
com.android.managedprovisioning
Mobile Device Management and Managed Provisioning are used by corporations whose IT departments want to control their employees’ Android devices. Not needed here.

com.android.settings.intelligence
This is the search box and recommendations in the Settings page. Not really helpful and the search sucks anyway.

com.google.android.apps.wellbeing
Google’s Digital Wellbeing. Keep it if you use it, otherwise ditch.

com.google.android.captiveportallogin
If you connect to a paid WiFi network, this will pop up the registration box. I don’t connect to public WiFi because tin foil hat and unlimited data for cheaps.

com.mediatek.mtklogger
This is a debug logger app that should have been removed after factory testing. It creates an abundance of huge log files on the phone’s filesystem everytime you perform any app action. Get rid!

com.android.facelock
Google’s Facelock application. I don’t think this is used, in favour of ElephantTek’s app, but I don’t use face unlocking anyway.

com.android.bluetoothmidiservice
Used to play Midi ringtones via Bluetooth as far as I can tell. Not needed for many years since ringtones are MP3 or WAV.

com.agui.batterystatsdumper
Supposed to assist with battery usage info in settings, but if you’ve ever tried looking, it doesn’t work anyway.

com.mediatek.miravision.ui
This is a MINDBOGGLING one. MiraVision is the MediaTek app in Settings -> Display that allows you to change colours, brightness etc. Once removed, the device absolutely flies! This is a really heavy app, so don’t use it unless you absolutely must.

com.mediatek.atmwifimeta
com.wapi.wapicertmanager
The former logs WiFi data for some reason. The latter is a Chinese WiFi authentication standard from the 00s that never took off.

com.adups.fota.overlay
com.adups.fota
“Wireless Update” app for over-the-air updates. The F1 will never receive any more updates, so we may as well get our 190MB RAM back.

com.mediatek.mms.appservice
This is MediaTek’s MMS service. Note, MediaTek’s. Not Android’s. This is not needed and will not stop you from sending or receiving MMS messages.

com.agold.systemui.op01
This made me laugh. Umidigi are changing the 4G/LTE icons in the status bar with this app. For what reason — I don’t know! Stupid and pointless.

com.google.android.apps.messaging
This is “Messages,” the app for SMS and MMS. If you use an alternative like Skype Lite or Facebook’s Messenger as your SMS default app then you can uninstall this.

com.android.proxyhandler
Allows the setup of HTTP/s web proxies. You probably will never use this.

com.android.traceur
An Android debugging tool. Useful to app developers but not to end users.

com.agoldcomm.smartshot
Android’s built-in screenshot abilities are overridden and replaced by this pointless app. Seems a bit spyware-esque to me. Screenshots function perfectly fine, natively, without this app.

com.android.mtp
MTP/PTP is an old-school ‘digital camera’ protocol that’s used via USB to transfer photos to a computer. In the age of Google Photos and Dropbox it’s pretty useless.

com.google.android.apps.restore
This is the backup restore wizard used for pulling Android system backups from your Google account. You only need this if you factory restore the phone, in which case it’s automatically reinstalled for you.

com.mediatek.calendarimporter
Useful in China where Google isn’t available, but not needed for Google users.

com.google.android.webview
Saves a lot of RAM. If you’ve replaced the default WebView app with Chrome (ideally Chrome Dev or Chrome Canary), then this can be uninstalled. If you ever uninstall your one WebView provider this will be automatically downloaded and installed anyway.

com.android.sharedstoragebackup
Backup wizard for “your” files, like downloads and pictures. Used to transfer to a PC or Chromebook. Most users won’t use this.

com.android.htmlviewer
Similar to “view source” in Chrome. Only needed if you’re a developer.

com.mediatek.ims
MediaTek’s version of Google Carrier Services. Might work with some Huawei-driven networks in EU or US, but if your carrier actually supports IMS you will 100% want to use Carrier Services instead. Safe to get rid of this.

com.mediatek.gba
Generic Bootstrapping Architecture. A ‘common ground’ of code used for many MediaTek apps, but since we’ve removed everything that GBA depends on, this can be removed too.

com.agold.flashlight
Who needs an “app” to turn on the flashlight, when it can be added to the quick launch shortcuts?

com.android.launcher3
The default “launcher” app. If you have an alternative launcher installed, removing this will save 100MB+ RAM.

com.android.dreams.basic
com.android.wallpaper.livepicker
Android screensaver, and live wallpaper. Not recommended as they drain battery.

com.google.android.apps.nbu.files
Files by Google. Not needed – we have “Downloads”.

com.android.chrome
Google Chrome. Do not delete unless you have an alternative browser. I’d recommend using Chrome Dev (or Canary, if you’re brave) and also setting this as the default WebView in Developer Options for a nice speed boost.

com.google.android.ims
IMS is a replacement for old SMS and MMS. Kinda useful if your carrier supports it, but otherwise another system service running for no reason.

com.google.android.feedback
Sends feedback about installed apps, errors, crashes and security incidents to Google. Useless for Umidigi phones because they never update or patch anything.

com.baidu.map.location
We’re not in China.

com.elephanttek.faceunlock
Face unlock feature. Do not delete if you wish to use face unlocking!

com.google.android.inputmethod.latin
Google Gboard keyboard. Do not delete unless you have an alternative keyboard installed!

com.agold.networkmanager
Network manager can be configured (in Settings) to restrict apps from using data or WiFi.

com.example.android.screencapture
Records the screen to a video.

com.scanning.agold.agoldscanning
This is a pretty useless QR code scanner.

com.android.turnsilent
This is the “flip to mute” feature. If someone calls you, flip the phone over to mute. Useless background service – same thing can be done by pressing the volume buttons.

package:com.android.stk
SIM toolkit. Provides access to premium rate SMS number services on your carrier. Do not delete if you are PAYG.

com.agui.agoldnavibar
This adds the android navigation bar (back, home, recents) and the “slippery gesture” function. DO NOT DELETE unless you have an alternative like FluidNG installed.

com.mediatek.batterywarning
Low battery or “hot” battery warning. It’s useless; if your phone is hot, you can’t hold it!

com.android.systemui.theme.dark
A dark theme for Android but it’s not accessible from UI, so you can’t use it!

Hey, I did some of the stuff you said and I have a power 3. But now my square recent button doesn’t show my apps that are active anymore. do you know why?

You have the Power 3 but used the guide for the F1/Play? The Power 3 is a Droi device, whereas the F1 is an Agold device, plus Android 9 vs 10.

I can only guess what you’ve done. It sounds like you’ve not disabled Duraspeed before uninstalling it. Go back to the XDA article and find the instructions on reinstalling an existing app, to reinstall com.mediatek.duraspeed again.

Next, you’ve probably removed the launcher, which you cannot do on Android 10. Android 10 doesn’t have a baked-in launcher and relies on a third-party process, so you’ll need to reinatall com.android.launcher3 which will (after reboot) bring back your recent apps switcher.

I’d encourage you to compare the F1 and F2 guides to see if there’s anything else that might impact your experience. 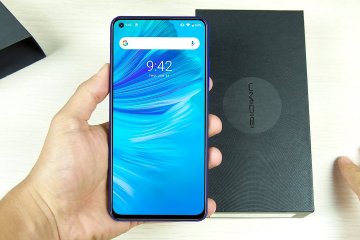 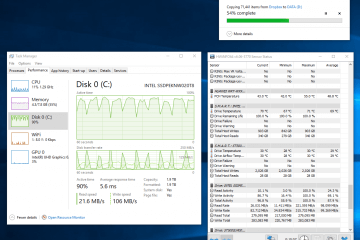 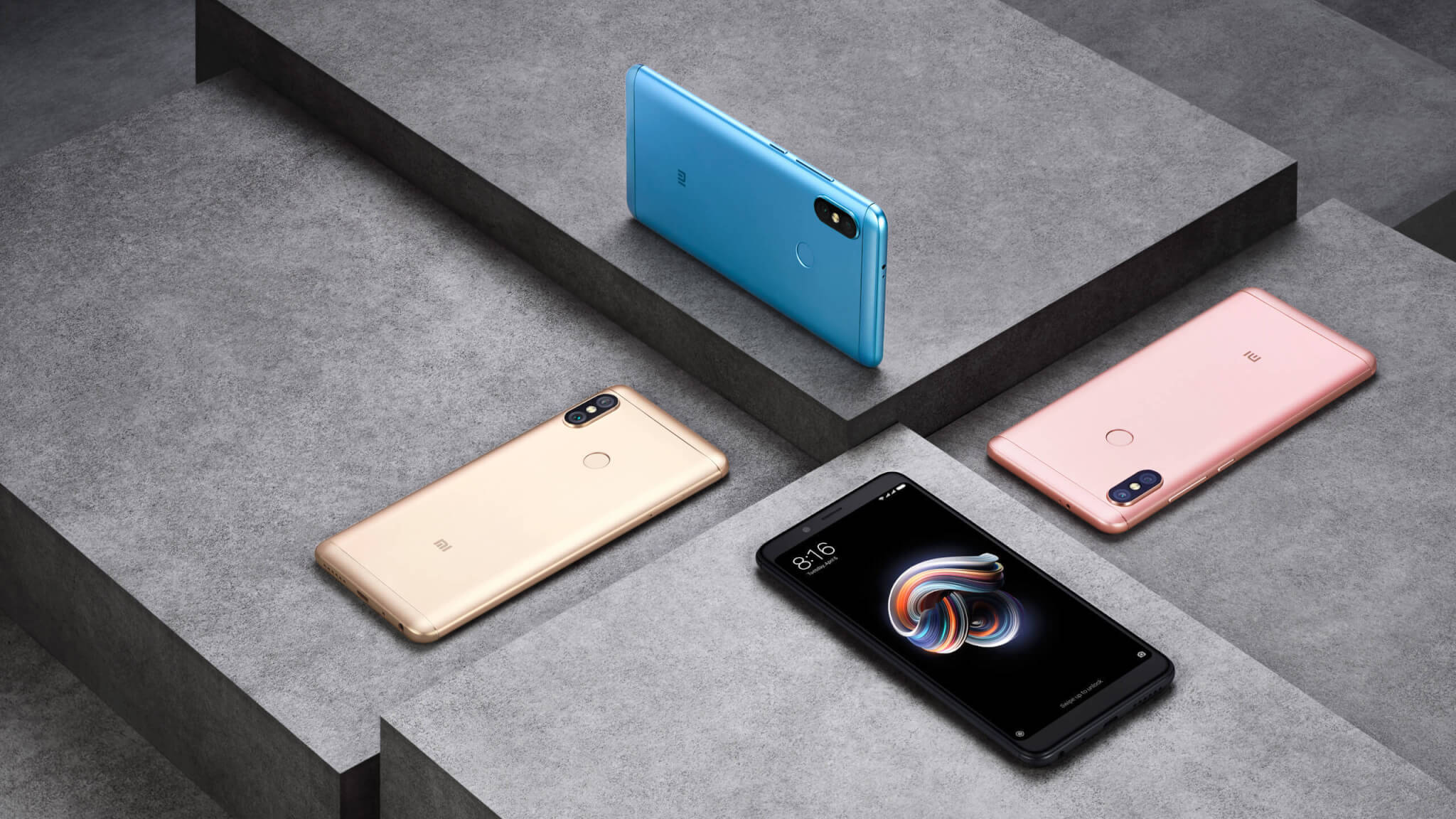 It’s been a while since I’ve looked at the installed apps list on my Redmi Note 5. I’ve had huge issues with the device lately, for example it having to reload applications more frequently. I’m Read more…